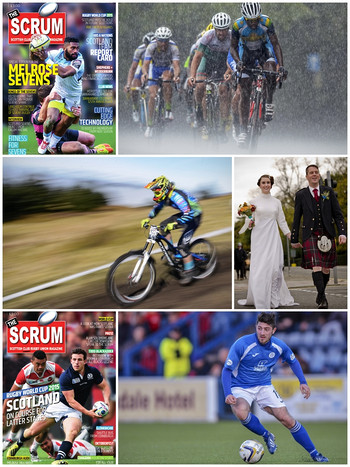 My name is Alastair Ross and I am an award winning photographer who specialises in sports, events & wedding photography. My interests also include environmental, landscape and travel photography.

A lifelong cycling and rugby fanatic, it was only natural that I should point my camera in that direction. I am accredited by both Edinburgh Rugby and the Glasgow Warriors to cover their home fixtures in the Guinness Pro12 League and European Rugby Champions Cup. I am also accredited by the Scottish Rugby Union to cover Scotland international games in the RBS Six Nations Championship and Autumn Test Series. Novantae Photography is currently the official photographer for Scottish Cycling's SXC MTB Series and recently worked on assignment at Rugby World Cup 2015.

The name Novantae Photography is derived from the late 2nd Century tribal people who lived in what is now Galloway and Carrick, in South West Scotland.